What brings me joy

Joy for me is nature
The dew on a spider web
Sunrise over a lake
Sunset on an ocean
The beauty of the mountains towering over the meadows
Mist hovering over a pond
Fog in the trees
The Moon coming up above the trees or over the Mountains
The golds, reds and oranges of fall colors
Frost glistening and shining on the plants
Sun reflecting off the first snow making it look like diamonds
A river cascading over the rocks
Waterfalls rushing down over the cliffs
An orange sun coming up and reflecting on the ocean
Puffy clouds that take on shapes in the sky
Flowing fields of wheat dancing with the wind

Joy for me is traveling
New countries, new cities, new parks and new vistas
Seeing ancient ruins and modern buildings
Hearing new languages
Seeing new cultures and ways of life
The scents of the foreign markets
The handmade items made by local craftspeople

The sun broke through the clouds for a brief moment, and the trees lit up creating beautiful reflections. The beauty, stillness and reflections brightened my spirit and refreshed my soul. At Yosemite National Park.  Sharing the beauty of the world, one photo at at time.

“Beauty surrounds us, but usually we need to be walking in a garden to know it.” ~ Rumi.

Franklin #Park #Conservatory during the #Orchid Display. Franklin Park Conservatory and Botanical Gardens presents multi-faceted, art- and nature-based exhibitions throughout the year. Annual favorites include Orchids, Blooms & Butterflies and Merry & Bright, all of which are developed, designed and installed by Conservatory staff. Special, temporary exhibitions by national and international artists are presented each year.

Sharing the beauty of the world, one photo at a time. #FranklinParkConservatory

My photo “Birch Trees in Finland” (on the right) was awarded 2nd Place and my photo “Sunrise at Skagsanden Beach” won an Honorable Mention in Photography at the Dublin Area Art League Spring Show. They are both on display at the Dublin Rec Center until May 12. Stop by and see all the great artwork! Thanks to my sister Donna Kayne Owen for coming to the reception and for taking the photos of me! Congratulations to the other award winners for their fabulous artwork!

Sharing the Beauty of the World, One Photo at a Time

“Sooner or later, we will have to recognize that the Earth has rights, too, to live without pollution. What mankind must know is that human beings cannot live without Mother Earth, but the planet can live without humans.” ~ Evo Morales (Bolivian Statesman).

Taken in the beautiful Palouse area in Washington State, USA.

Sharing the beauty of the world, one photo at a time. 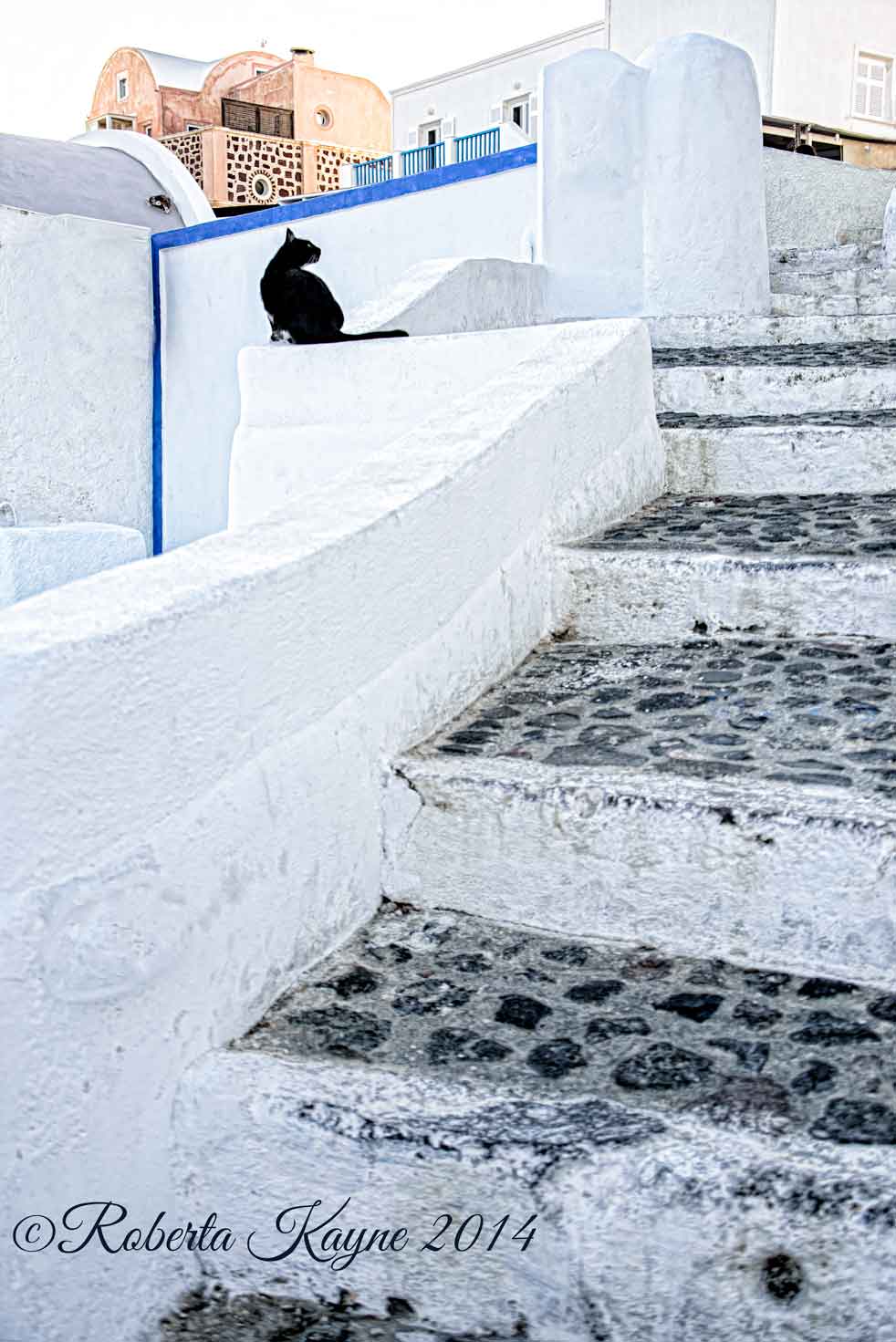 “Let us dedicate ourselves to what the Greeks wrote so many years ago: to tame the savageness of man and make gentle the life of this world.” ~ Robert Kennedy.   Black Cat on White Steps in Santorini, Greece. Sharing the beauty of the world one photo at a time.  There is a story behind this photo and the photo below….

I was on a photo workshop with my sister in Greece.  On our first day out with the group, I fell behind, as I often do because of my concentration on taking photos.  The group moved on without me, and there I was in Greece on my own – no phone, no money, no car, no map and no way to contact the group.  I had left my phone and money in the van.  My sister mentioned to the group leader/photographer that I wasn’t with the group, and he said that he was sure I would catch up.  However, I’ve been taught that when I get left behind or get lost, stay where I’m at, and I will be found.  But, no one ever came to get me.  I stayed, and I waited, and I took more pictures where I was at, and I listened to the group playing music at the top of these steps, but no one came.

So finally, I decided that I would try and find our tour van.  I couldn’t remember which parking lot we were in, but I figured it wouldn’t be that difficult to find.  Wrong.  I couldn’t find the car.  And still, no one came to get me.  So it was getting towards sundown, and I thought I’d better at least try and get back to the hotel.  But the problem was I had no phone and no money.

I flagged down a cab, but he was booked and he said to get the next one.  I flagged down the next cab, and luckily I did remember the name of the small hotel, so I asked him to take me back to the hotel.  When we got there, I told him that I had no money, but that I was going to go into the hotel and ask the owner for money to pay him.  Fortunately for me and the taxi driver, the owner was there and was agreeable to paying the taxi driver.

So I paid him and had the owner call the tour leader to let him know where I was.  Needless to say, I was pretty upset with him, but I did forgive him and move on.  He’s a great guy, and a very good photographer, and hopefully he learned something from that event….  I know I did… never leave your money and phone in the car!

So the photo of the cat on the steps is one of the photos I took while waiting to be found.  And this photo of the musical group was also taken during my wait.

“O the snow, the beautiful snow,
Filling the sky and the earth below!
Over the house-tops, over the street,
Over the heads of the people you meet,
Dancing, Flirting, Skimming along. Beautiful snow! it can do nothing wrong.
Flying to kiss a fair lady’s cheek;
Clinging to lips in a frolicsome freak;
Beautiful snow, from the heavens above,
Pure as an angel and fickle as love!….”

~ Excerpt from a poem by John Whitaker Watson.

Happy Spring everyone. Sharing the beauty of the world one photo at a time.

“One day’s exposure to mountains is better than a cartload of books.” ~ John Muir.

Sharing the beauty of the world one photo at a time. 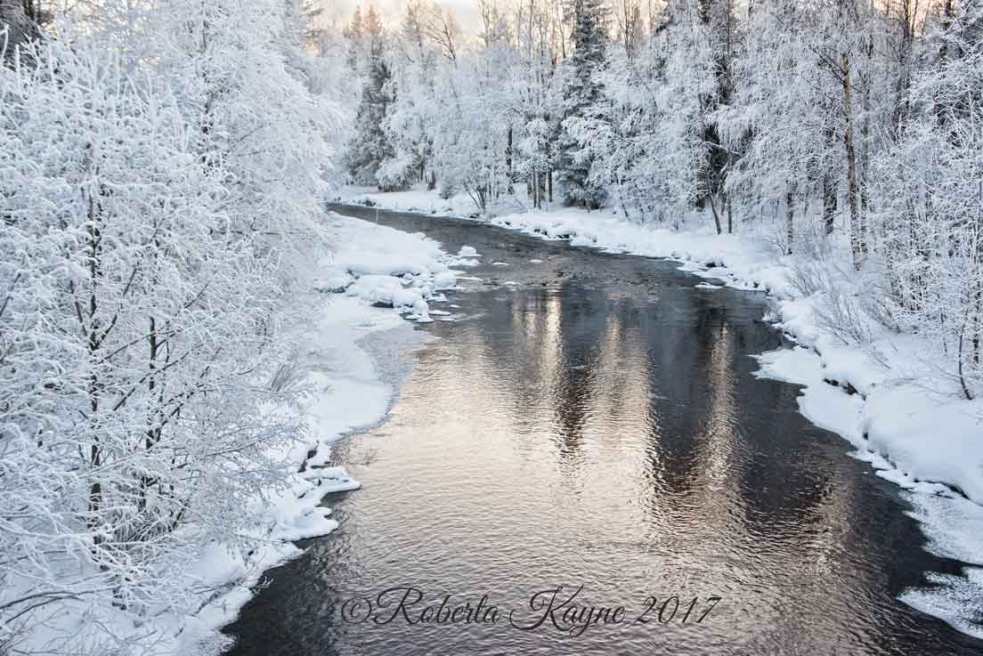 “Treat the earth well: it was not given to you by your parents, it was loaned to you by your children. We do not inherit the Earth from our Ancestors, we borrow it from our Children.”. American Indian Proverb.

This photo was taken along the road to Riisitunturi National Park in Finland with my Nikon D810 and a Tamron 28-300 lens.  It was a beautiful crisp clear morning with no clouds in the sky. 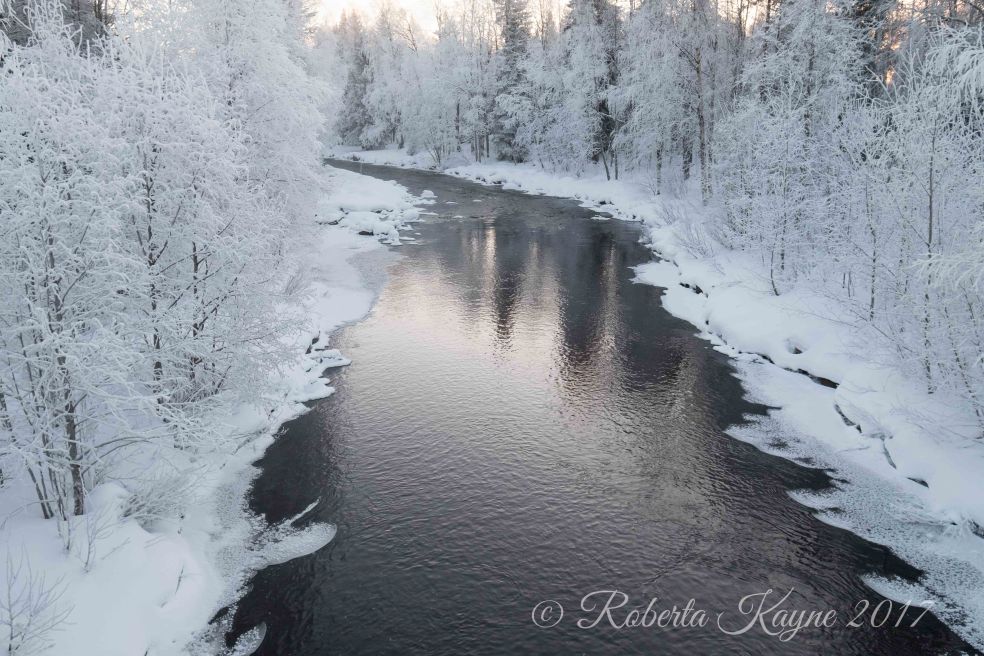 Sharing the Beauty of the World One Photo At A Time.

At 11am the sun was lighting up the clouds over Skagsanden Beach, #Lofoten Islands, #Norway. It was a beautiful sight and I have a story to go with it.

I was enjoying the beauty of the scenery on Skagsanden Beach ~ the mountains, the water, the patterns in the sand.  I went into the water to get a better angle to take a photo of the mountains from the water, and all was going well… small waves were lapping at my feet, and I kept taking pictures.  The sun started shining through and onto the clouds,  and it was so colorful and beautiful.  And just after I captured this shot, a rogue wave got me and soaked me up to my waist!

I was soaked!  Water in my boots, thoroughly wet pants and coat.  I ran back to where our photo leader was, yelling help, help!  I didn’t want to get hypothermia from being cold and wet.  We went back to the van, and I took off my wet clothes and warmed my feet and hands up with the van heater.

Very fortunately, we were not far from a town where there was a mall with a sporting goods/outdoor clothing store (like REI or LLBean).  We stuck plastic bags over my feet so I could put my feet back into my boots and I went directly to the store, while the other photographers went off to have lunch.   I was able to purchase a pair of waterproof snow/wind pants and new socks.  The clerk was so helpful to me, even with a slight language barrier.

Then I went down the hallway in the mall to the shoe store where another very helpful young lady assisted me in purchasing a pair of knee-high waterproof boots – similar to “Wellies”.

And then I went to the cafe and got a sandwich to go.  I tried to find my way back to the van, but I was completely turned around and had no idea where it was, but I finally managed to find it and meet up with the rest of the crew who had already eaten and were in the van waiting for me.   And so…I was all set for the rest of the day to go out shooting again.

Sharing the beauty of the world one photo at a time.